InterVarsity Red River Black Campus Ministries is a community of Black students and faculties at universities and colleges across Texas, Oklahoma, Arkansas, and Louisiana ("InterVarsity" means "between universities"). We believe everyone should be ministered to in a way that allows for them to best receive all the Lord has for them no matter if they are African American, African, Bi-Racial/Multi-Racial, Afro-Latino, Afro-Carribean, Afro-European, or any other ethnicity across the African diaspora.

We want to see students and faculty transformed, campuses renewed, and world changers developed. And we equip participants to grow personally through discipleship, serve their campus through outreach, and make a difference through mission around local and global communities.

Our leaders have been transformed by knowing Jesus and experiencing the joy and meaning He brings to their lives through contextualized resources and ministry approaches. They want to share their stories and hear yours, and give you the opportunity to explore whether following Jesus might be a path you want to consider.

What's your story? And how might our stories overlap? Let's find out!
Connect with Us
× 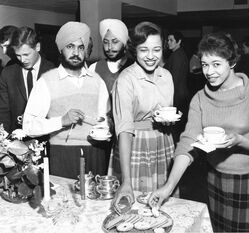 The first InterVarsity chapter in the United States began in 1938 at the University of Michigan and was incorporated in 1941. Black students first got involved with InterVarsity in New York City in 1945, when the student work at elite private schools spread to public schools in lower Manhattan and Brooklyn. Then in 1948, InterVarsity appointed its first Black staff, Eugene Callendar.

After over 40 years of ministry, in 1980 Elward Ellis was appointed as the first national director of Black Campus Ministries (BCM) thereby establishing an extension of InterVarsity's ministry with contextualized resources and outreach for Black Students. 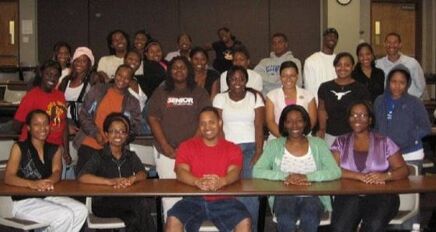 As InterVarsity BCM chapters and small groups were formed all around the nation, the first BCM chapter established in the Red River Region was at the University of Texas (UT) in Austin, TX. Almost 20 years later, this chapter, affectionately known as Texas Gospel Fellowship (TGF) is still impacting the lives of Black UT students.

For many years TGF was the only BCM chapter in the region. However, in Spring 2014 Red River InterVarsity established its first chapter at an Historically Black College and University, Texas Southern University (TSU) in Houston, TX. Since then, Red River has seen its reach to Black students grow to BCM chapters and small groups in all four states within our region.

In 2019, Chelir Mule-Kivindyo began her role as Regional BCM Director after serving as a campus staff with Texas Southern and Prarie View A&M University under the leadership of her predecessors Sean Watkins and Michelle Smith.

InterVarsity and Our Global Network

In 1947, InterVarsity became one of the founding members of the IFES. Today, the IFES unites InterVarsity with student movements in more than 170 countries!  After over 70 years of ministry, InterVarsity and IFES now has over a million alumni spread across the world. This means we have a network of friends around the country and world that may be able to help you meet practical needs and connect you with new people even after graduation. Become a part of this global network by finding an InterVarsity ministry near you.